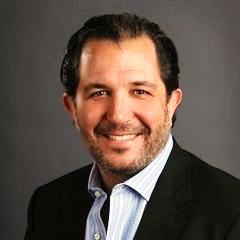 Madison Street Capital is pleased to announce that Joseph Alioto has joined the firm as Managing Director and will head the International Advisory Group (IAG). In this role, Mr. Alioto will work on the execution of Madison Street Capital’s global strategy, deepen client relationships and enhance global connectivity to increase our market share and drive growth.

“With Joe’s addition, we strengthen our core capabilities and expand our opportunities not just in North America, but around the globe,” said Charles Botchway CEO of Madison Street Capital.

Mr. Alioto possesses more than 25 years of global operational and transactional experience, with a primary focus on the logistics and technology space, where he has covered and advised some of the industry’s largest corporations. Mr. Alioto joined the Franco-American trading group TransOptions while he was a member of the Chicago Board of Options Exchange and was the first American to trade options on the Paris Bourse.  Turning his transactional skills towards the world of international trade and logistics, he spent many successful years with Fritz Companies (acquired by UPS in 2001). Mr. Alioto played an integral role in the realization of the Fritz’ acquisition growth strategy by overseeing multiple operational and systems integrations.

In addition, Mr. Alioto’s entrepreneurial endeavors include ERP Systems sales, integration and consulting, as well as being a founding member of VeriTainer, a startup that invented, funded and fully developed the art of crane mounted nuclear and radiological scanning of shipping containers. His capable and prolific fundraising efforts were key to the success of that emerging technology. Through his various experiences, Mr. Alioto has developed the ability for understanding and ascertaining the goals and objectives of complex initiatives and then bringing to bear the appropriate resources to drive them to fruition.

Mr. Alioto holds a Bachelor of Science in Applied Economics from the University of San Francisco. He served 10 years as a director and chairman on the board of The Imagine Bus Project, a non-profit providing arts curricula for incarcerated youth.  Mr. Alioto is dedicated father of two college-aged children, a passionate chef, skier and learner and is fluent in English, French, and Italian.

About Madison Street Capital
Madison Street Capital is an international investment banking firm committed to integrity, excellence, leadership and service in delivering corporate financial advisory services, merger and acquisition expertise, financial opinions, and valuation services to publicly and privately held businesses. These services position our clients to succeed in the global marketplace. In undertaking each new project, the client’s goals and objectives become ours, ranging from financial advisory and successful capital raises to M&A transactions to transfers of ownership. Madison Street Capital views emerging markets as the core component driving the global growth of our clients, and will continue to focus significant assets on these markets. Our firm has earned the trust of clients around the world through our unwavering dedication to the highest levels of professional standards.