The U.S. Staffing industry contributes nearly $136 billion to the U.S. economy by providing employment opportunities for approximately 15 million employees each year.  The industry is comprised of over 20,000 staffing firms and 16 million staffing employees who provide temporary and contract staffing, recruiting and permanent placement, outsourcing and outplacement, and human resources consulting services.  In recent years, temporary jobs in proportion to the national workforce rose to historic levels as employers in most markets remained wary of hiring permanent employees.  Some industry analysts suspect that this trend is a temporary shift in preference and full-time jobs will increase as a percentage of the national workforce when economic conditions improved.  However, evidence supports the notion that is a structural change as temporary and contract staffing provides employers with greater flexibility and savings in wages and benefits paid.

The Staffing industry is highly correlated to GDP and the unemployment rate, with temporary unemployment being the leading indicator.  The industry typically performs well during periods of strong GDP growth and/or when the unemployment rate is falling.  When the economy enters a period of recovery, there is an increase in temporary employment, which is needed to meet the rising demand for goods and services as the market expands.  As economic conditions stabilize and employers are confident of an economic recovery, temporary employment declines in lieu of permanent workforce solutions.  The economy is approximately at the middle of a recovery cycle, which explains the current demand for temporary jobs and increased M&A activity in recent years.

The healthcare staffing sector experienced strong growth over the past five years.  This growth is largely due to a number of converging factors, including a fast rebound in the U.S. economy during the same period, a growing population of adults aged 65 and older, and passing and implementing the Patient Protection and Affordable Care Act (PPACA) of 2010.  The PPACA provided health insurance coverage to over 20 million Americans, which significantly increased the number of patients seeking medical treatment.  Although this increase in demand has led to a shortage in qualified nurses, physicians, and other healthcare workers, it has also increased demand for temporary healthcare employees.  The growing demand for medical treatment from the aging baby boomer generation will compel healthcare providers to increase their workforce.  However, the Trump administration’s goal to repeal and replace the PPACA only leads to more uncertainty regarding future reimbursement rates between hospital providers, insurers, and the federal government, as well as changing regulations, and increased compliance costs.

The industrial sector is the largest employer in the staffing industry.  This sector plays a vital role in the U.S. economy and spends over $20 billion in staffing services annually.  Industrial staffing sector provides seasonal, temporary, contract, and permanent staffing solutions for the manufacturing construction, hospitality, and transportation industries.  Although this sector accounted for 35% of industry revenue in 2016, its performance was hampered due to a strong dollar and nationwide political uncertainty.  However, employment growth and outlook improved substantially after the election cycle.  This was largely propelled by some optimism that the incoming Trump administration would end political uncertainty, and enact pro-business policies that would enable faster GDP growth.  The industrial sector, along with IT/engineering, and Office/clerical sectors, has a high utilization of temporary/contract/seasonal employees.  Any increase in demand in these sectors will bode well for the overall Staffing industry.

The utilization of temporary employees is gaining widespread acceptance in corporate strategies nationwide. Companies are incorporating more temporary-to-hire and contract positions as a way to mitigate the costly traditional hiring process.  With growing concern and uncertainty in the Trump administration’s ability to repeal and replace the PPACA, overhaul the federal tax code, and increase annual GDP growth, it appears temporary employees will become a permanent fixture in business staffing solutions for the foreseeable future.

M&A Activity
The Staffing industry’s M&A activity declined in 2016 after significant consolidation in prior years.  For example, the number of announced transactions fell to 69 from 92 in 2015.  The IT staffing segment led the industry with 15 acquisitions in 2016, down from 23 in 2015.  IT staffing companies, which typically generate higher gross margins and double digit EBITDA margins, continue being the most sought after target for acquirers.  Healthcare staffing companies, which also generate significant buyer interest, trailed IT with 13 acquisitions last year.  Staffing firms with strong growth, profit margins, and solid management teams will continue to be highly sought after this year by well capitalized buyers.  As a result of this activity, valuations remain high as the industry trends towards a peak staffing seller’s market with robust buyer activity from domestic and international buyers.  The Staffing industry’s M&A activity is driven by privately held strategic buyers that are mainly backed by private equity firms.  These privately owned firms completed 85% of the transactions in 2016.  Larger public staffing companies completed the remaining 15% of acquisitions. 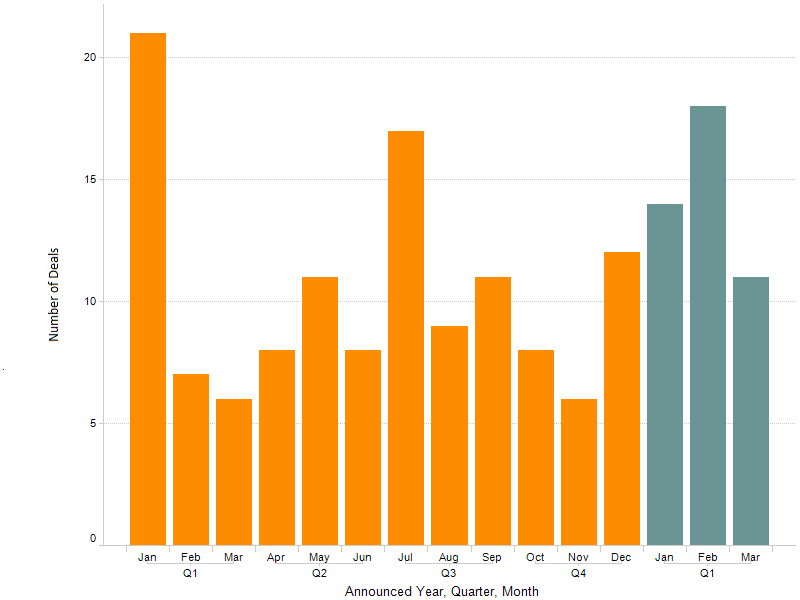 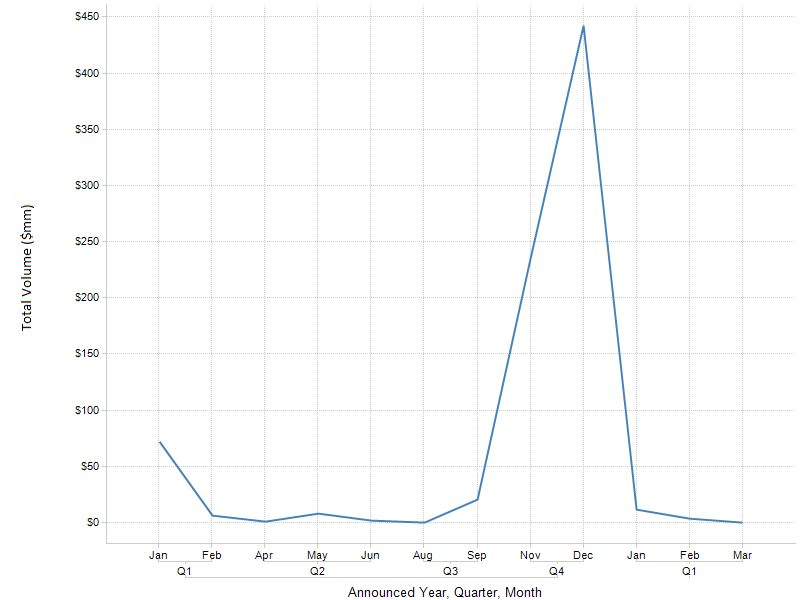